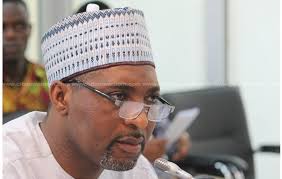 Majority Leader in Parliament and Minister of Parliamentary Affairs, Hon. Osei Kyei-Mensah-Bonsu has accused the main opposition party; National Democratic Congress (NDC), it Member of Parliament (MP) for Asawase, Mohammed Muntaka Mubarak and StarrFm of deliberately spinning palpable lies against Parliamentarians.
According to Hon. Osei-kyei-Mensah Bonsu, claims that two Parliamentarians and 13 staff have so far tested positive for Covid-19, claims strongly debunked by the leadership of Parliament all being orchestrated by known NDC faces and it affiliate medium, StarrFM.
“Everything started by Muntaka an NDC MP, on StarrFM  owned by Dr. Duffour of NDC  and now being supported by Adaklo MP who is also NDC that Parliament should suspend sitting base on claims that some MPs have tested positive”, the Minority Leader said on Manhyia-based Opemsuo FM morning show hosted by George Opoku Mensah Agudy.
According to the New Patriotic Party (NPP) Member of Parliament (MP) for Suame in the Ashanti Region, it is a clear indication that elements in the opposition NDC are behind the lies that some NPP MPs have tested positive for COVID-19.
“Unfortunately, all the three names making rounds on social media are NPP MPs. Why not NDC MPs or one or two from sides”, Hon. Osei Kyei-Mensah-Bonsu fumed during a telephone interview
“For Muntaka to say people have tested positive for Conoravirus, the media should ask him his source of information. Which lab did those tests or which medical director told him all these things”, the Minority Leader asked.
The opposition National Democratic Congress (NDC) parliamentarian has maintained that two MPs and 13 staff of Parliament have indeed tested positive for the virus.
Meanwhile, the Director of Public Affairs at Ghana’s Parliament, Kate Addo on Tuesday denied reports that some Members of Parliament and staff of the House have tested positive for the coronavirus.
Majority Leader, Osei Kyei-Mensah Bonsu has also said the reports that the MPs and some members of staff of Parliament have tested positive for the virus is merely speculative journalism.
A statement issued by the Public Affairs Directorate of Parliament said “the confidentiality protocol of testing for COVID-19 is that, those who test positive will be called directly by the testing team and be taken through the necessary steps for quarantine and treatment.
Source: Opemsuo.com