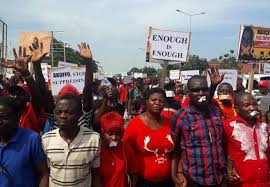 Executive Director for the Centre for Social Impact Studies, Mr. Richard Elima has admonished political pressure groups in the country to be impartial and hold onto their core responsibility of seeking good for mother Ghana.
According to him, most of the known pressure groups deviate from their aims as a result of political party influences which does not consolidate in building Ghana’s democracy.
“Pressure groups should be apolitical, hold onto their core responsibility no matter which political party is in power”, Mr. Richard Elima pointed out on “Ogya”, afternoon hot social impact talkshow on Opemsuo 104.7 FM.
The admonition from the Executive Director comes after the Ashanti Regional Minister, Hon. Simon Osei-Mensah accused the leadership of Kumasi Youth Association (KuYA) as being anti government.
The Minister alleged that members of KuYA are card bearing members and sympathizers of the opposition National Democratic Congress(NDC) hence, have no business to ask the Government for any development.
“Where was KuYA when NDC was in power? …what did they tell them about the Sofoline interchange project, the Atonsu/Bosomtwe road and many others in the region?”,Hon. Simon Osei-Mensah fumed.
But patron of KuYA, Nana Prempeh has denied those claims by the Minister and challenges Hon. Simon Osei-Mensah to back his cliams with evidence.
Source: Opemsuo.com/ Kwabena Danso-Dapaah

Free Water, Electricity, others ahead of 2020 Polls Part of Political Game – UG Lecturer