Exclusive: C. K. Akonnor To Release One Player To Kotoko

Black Stars coach Charles Kwablan Akonnor will release only one player to Asante Kotoko ahead of their game against Obuasi Ashanti Gold on Sunday, www.opemsuo.com has revealed.

The Porcupines have two players with the Black Stars as the Senior national team is preparing for their two friendlies against Morocco and Ivory Coast.

According to grapevine source, central defender, Ismail Abdul-ganiu is the only player that will be released for Kotoko for this weekend’s Ashanti derby.

Arguably Ghana’s most successful club will have to rely on their Captain and goalkeeper Felix Annan as well as Kwame Baah since Razak Abalora will not be released.

Coach Charles Kwablan Akonnor will use the test games to assess the strength of his squad ahead of the 2022 FIFA World Cup qualifiers in September.

Asante Kotoko will host their regional rivals Obuasi AshantiGold on Sunday at the Len Clay Sports Stadium in match day 28. 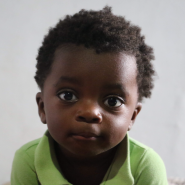 List Of GHALCA Committees And Their Membership To Be Outdoreed On Friday, March 26, 2021